I fly quite regularly. From single engine flights over my home town to long haul flights all over the world. I can’t say I enjoy it all that much, I travel economy class so most often I don’t even have a window seat and I’m crammed in and uncomfortable like everyone else. Just recently though, I flew from Birmingham to Inverness for business reasons. It was still economy class as it was a tiny turbo prop plane. I had the window seat and spent most of my time looking out upon the land that is Britain.

Flying at quite a low altitude, I believe these planes can only reach 7600m, gave me opportunity to take in the sights of Northern England. From up here, the scenery looks flat, disorganised and mostly green. I know full well there are hills aplenty but I can’t make them out, they just lack definition. I also notice a distinct lack of forests, I could see quarries and marinas, small towns and villages. There were small pockets of trees, but nothing that resembled a sprawling forest like you see in movies.

A little bit further north and you see it, the definition arrives and you see snowy peaks, the beginnings of the Highlands. Unfortunately, the cloud thickens like a woollen carpet, because Scotland. Frequent breaks in the nimbus give you glimpses forests that you can see have been shaped by forestry, rivers that have clearly taken the path of least resistance, meandering through the scenery. Then briefly a city, with its little boxes sprawled out haphazardly. It’s all unorganised, I guess most of the landscape is designed by nature but you realise quite quickly up here that nothing we build is designed to look nice or interesting from above, there’s no real reason for it to. 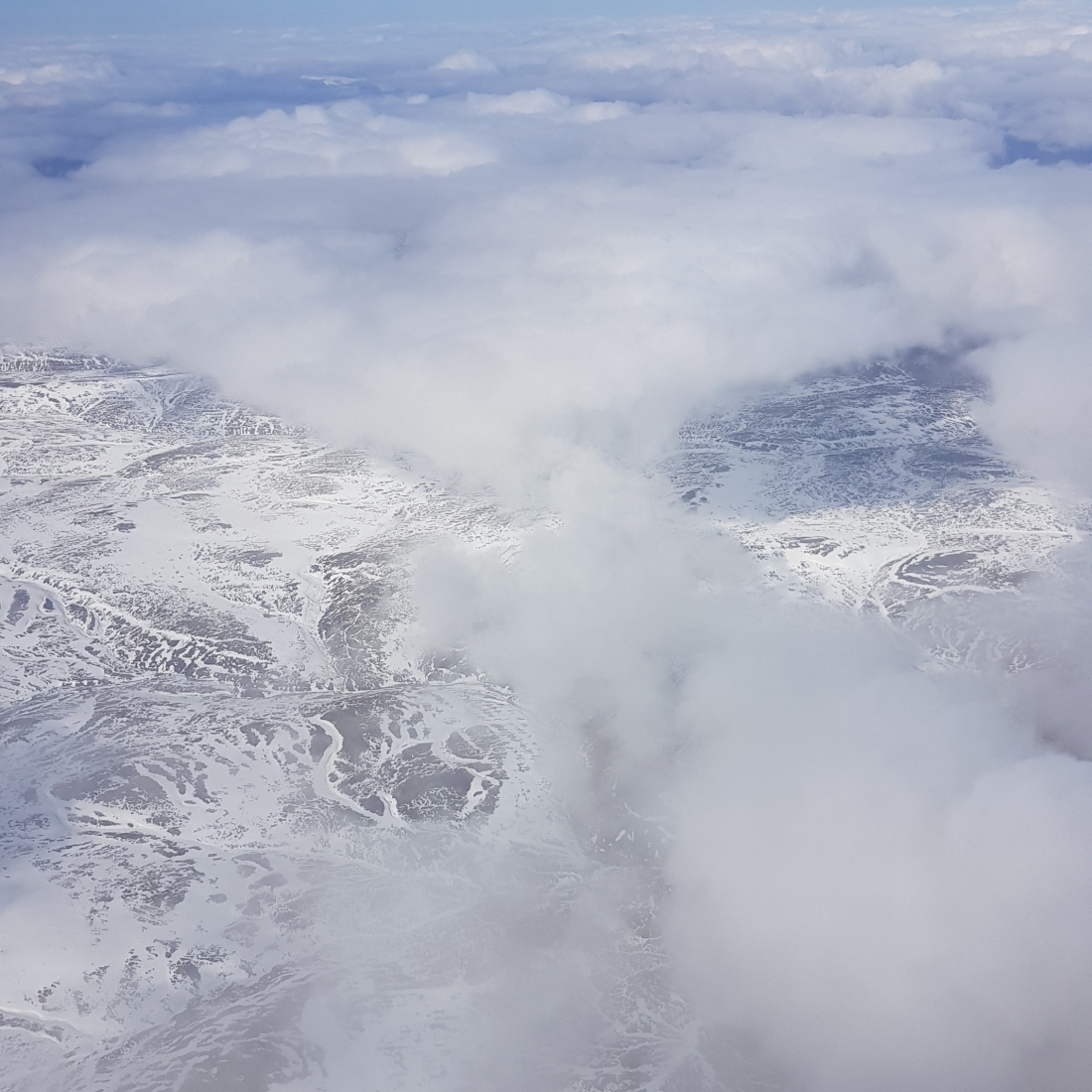 Up above the clouds it is certainly tranquil, noisy propeller engine aside. It takes me back to a tandem skydive I did for charity. The initial rush of air as we descended at speed was exhilarating and totally at odds with  the serenity that comes after the chute opens. I’ve never felt a peace quite like it anywhere else. It also takes me forward. I have an introductory flight experience booked later this year. I hope it will paint a much more organic picture of the freedoms of flying as it will be a small four seat plane at a much lower altitude. Hopefully it’s propeller won’t have industrial gaffer tape on like this plane does…

One thought on “Come Fly With Me”